What is Acanthosis Nigricans? 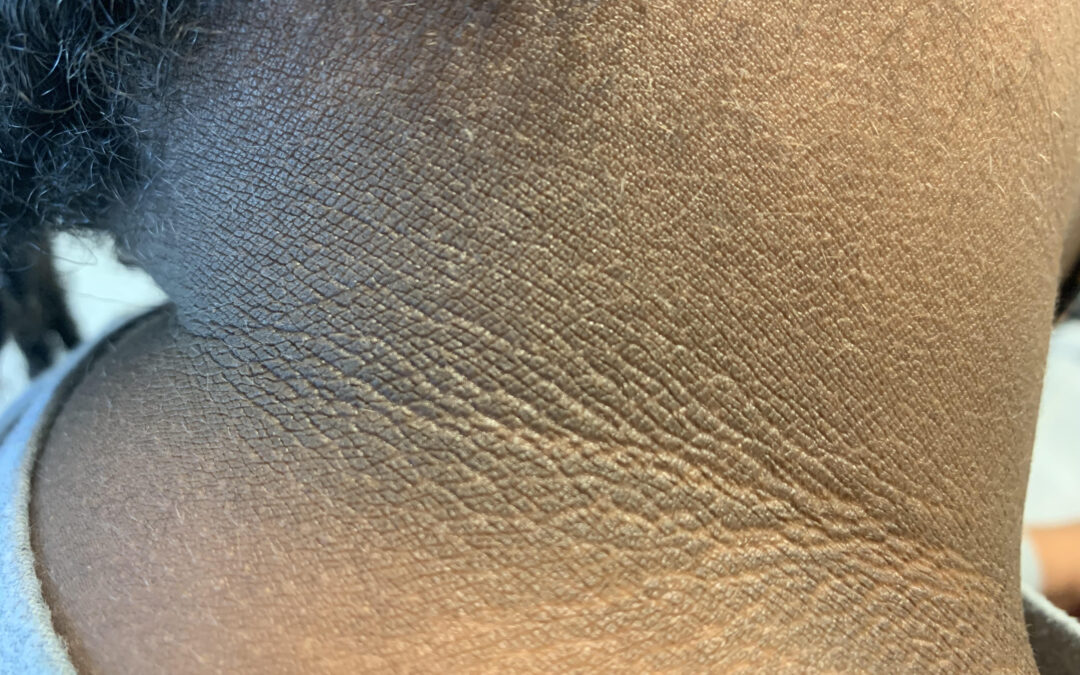 Every once in a while, I have a patient come to the clinic with a parent wondering about an unusual rash on the back of their child’s neck. “It looks like dirt, doctor, what can we do?” When I evaluate the rash, I see an area of skin that looks like a thickened stripe of leather that is usually darker in pigment than the patient’s usual complexion. This darker, velvety rash usually appears on the creases of the body like the neck, inside of the elbows, and even the groin. It is not a rash that can be fixed by scrubbing or even by applying special creams or ointment. This rash is a clue to something going on inside of the body, not just on top of the skin. We call this rash acanthosis nigricans, and it is a marker of a process called insulin resistance.

Insulin is an important hormone that rises and falls based on the foods and drinks that we consume. Specifically, insulin levels increase in response to sugar and carbohydrates which are a network of sugars.  In the case of insulin resistance, the body’s cells do not respond well to insulin, and the body compensates by increasing the amount of insulin circulating in the body.  With more insulin circulating in the body, there is more proliferation of skin cells and skin pigmentation which causes the condition of acanthosis nigricans. Thus, if you see this rash, the next step is to understand what signs of insulin resistance are present and to get labs that look at blood sugars, cholesterol, and liver function. The best way to reverse acanthosis nigricans is to reduce insulin resistance by decreasing fat accumulation around the abdomen, increasing physical activity, and decreasing sugars and simple carbohydrates in the diet.