Join a network and a community that supports our children’s health. We encourage collaboration and grass-roots efforts to bring about lasting change to our food culture and environment. Let’s support the worldwide movement connecting food and health, and embrace the most current science supporting our metabolism. 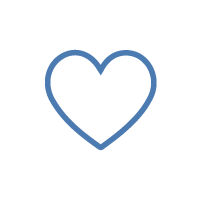 For many years, pediatric medical providers in Seattle, Washington, struggled with a trend they saw amongst their patients. For about ten years, they noticed puzzling and alarming numbers of children increasingly being referred for various medical complaints that were previously relatively rare in childhood. The list of complaints ranged from a mixture of abdominal complaints, including nausea, dyspepsia, heartburn, to more systemic complaints such as high blood pressure, fatigue, insomnia, and disordered eating.

More systemic issues children were increasingly being referred to with abnormal liver test results, most of which were caused by underlying NAFLD (non-alcoholic fatty liver disease).   Concurrently, the medical team realized that nutrition always lay at the core of the prescribed treatment plan, regardless of whether the children examined were ultimately diagnosed with a primary gastrointestinal disease such as ulcerative colitis or celiac disease.

Dr. Uma Pisharody never learned about “NAFLD” (non-alcoholic fatty liver disease) in medical school.   She barely heard the term during her pediatric residency (2002-2005).  Of course, her medical training had taught her all about AFLD (alcoholic fatty liver disease), and she’d certainly witnessed many adults admitted to hospital wards suffering from complications of end-stage liver disease (cirrhosis) caused by chronic alcoholism.  But she’d never heard of this type of fatty liver disease affecting kids. Then, her first real exposure to NAFLD, which at the time was still considered a relatively uncommon disease (especially in children), started during her pediatric gastroenterology fellowship (2005-2008). The list of complaints ranged from a mixture of abdominal complaints, including nausea, dyspepsia, heartburn, to more systemic complaints such as high blood pressure, fatigue, insomnia, and disordered eating. Dr. Pisharody remembers being so unprepared for the increasing numbers of children coming to her clinic during her fellowship that she had to go to the medical library to educate herself on “Metabolic Syndrome,” previously having only learned about it as a chronic disease that led to heart attacks in adults until then! And as a pediatrician, she had never imagined needing to be trained on treating adult diseases!

Fast forward to 2021, and NAFLD is now the leading cause of chronic liver disease in childhood!  In adults, it’s the second most common cause of liver transplants and is expected to overtake alcoholic liver disease soon.  One in four teens in the U.S. now has pre-diabetes or diabetes.   Close to half of the U.S. population is now projected to have obesity by 2030. Diet-driven diseases like Metabolic Syndrome account for 75% of preventable diseases.

How did we get here?  More importantly, how do we get ourselves out of here?

These are precisely the questions that Dr. Pisharody and her esteemed group of colleagues (dietitian Leslie Lee, registered nurses, Kristen Shane & Kathleen McIntosh, pediatric endocrinologist, Dr. Allison Laroche, and speech-language pathologist, Alicia Essers) began to wonder, as the increasing number of referrals for kids with diet-related diseases started coming to their outpatient clinics at Swedish Medical Center.  And during their clinical discussions, one recurring theme was noted:  time and time again, they realized the immense power and multifaceted benefits that only good, wholesome, real food could provide.  Not only when it comes to treating chronic diseases but also when it comes to prevention, food was the unifying factor that they realized, all too often, distinguished health and wellness from chronic disease.  The seeds were planted, from those initial discussions, Resilience was born.

One of the most influential catalysts that sparked Resilience has been the wonderful mentorship of Dr. Robert H. Lustig, whom Dr. Pisharody considers one of her most outstanding mentors. Through his influence that Dr. Pisharody and Leslie first connected, and the rest is history.  From that bond came a friendship, a love for science, and a passion for transforming healthcare for children.  Together, the Resilience team has decided to change our practice model, challenging the status quo, and do better for the children of our community.

At the heart of it, the founders and team behind PediatricResilience.org have come to appreciate one truth more than any other:  real food can prevent, treat and, in many cases, even reverse disease.   Thus, we invite you into our kitchen, where we hope to show you how not only is food the best medicine, but that the kitchen can be the best clinic, and that often, cooks make the best doctors!

Our mission is to join, as a medical team together with you, our wonderful community and put healthy, wholesome, and delicious nutritional practices at the core of our treatment plans.   Always.

As a community, let’s use our platform to dispel food industry myths and truly influence our society to transform medical practices.  Let’s stop putting so-called band-aids on symptoms of chronic diseases that could have been prevented if not treated with evidence-based, sound scientific practices centered around principles of nutritional biochemistry.   We hope you’ll join us and spread our message.